Sometimes, you just need to die-cut a lobster.

When I started this blog in February, my first post was “Lobster of love.” I made a Valentine’s Day card featuring a red glittered lobster next to the sentiment “I’m HOT for you.” My husband was the lucky recipient.

With 24 design cards for the Making Memories Slice in my possession, I can have a die-cut of just about anything. Pirate? Aye, mateys. Clown face? A bit creepy, but sure. Lobster? I have two: with legs and without.

So when it came time to make holiday cards this year, I crafted one featuring “Santa Claws.” Lobsters have claws … Santa Claus … get it? I’m not the first person who came up with the pun. Search for “Santa Claws lobster” on Google to see many versions of Kris Krustacean (see what I did there?). 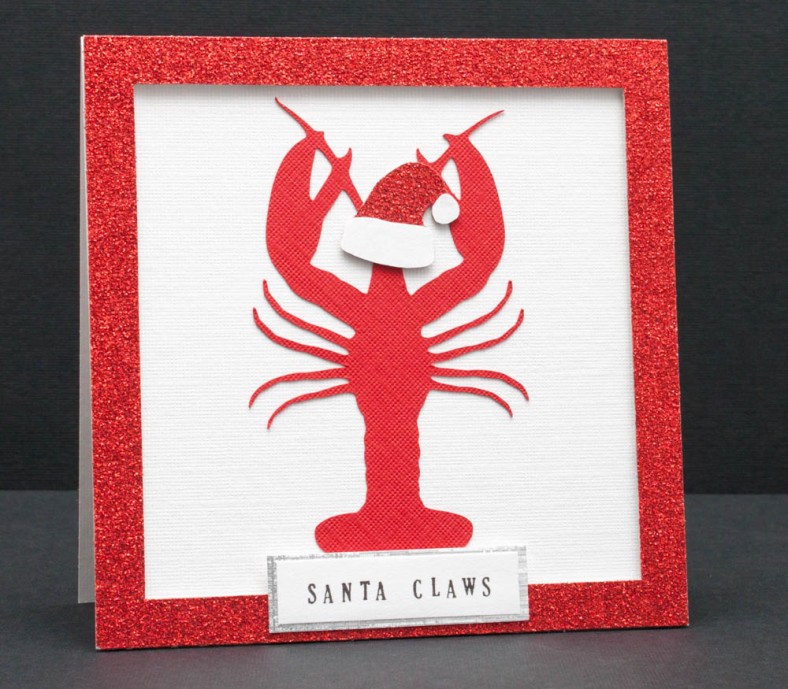 Make a card from a 5-by-10-inch piece of white textured cardstock. Cut a piece of red-glitter cardstock (Recollections) to 5 inches square, then cut a 4 3/16-inch square out of its center, leaving a 3/8-inch frame. Using dimensional adhesive, adhere the frame to the card’s front. 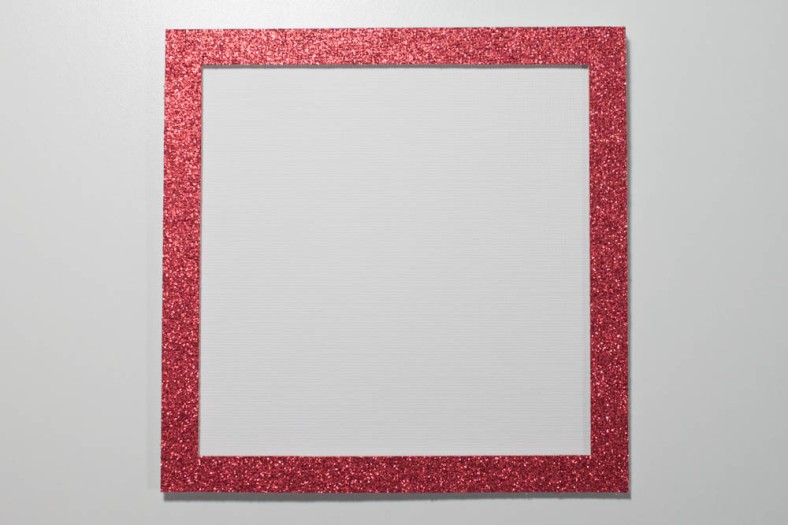 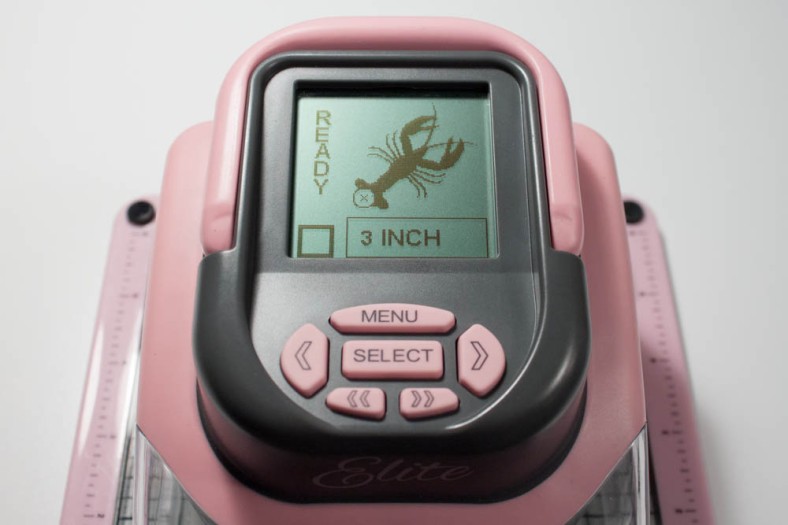 I created a 4-inch-high die-cut of a lobster using my Making Memories Slice Elite, “Under the Sea” design card and red textured cardstock. 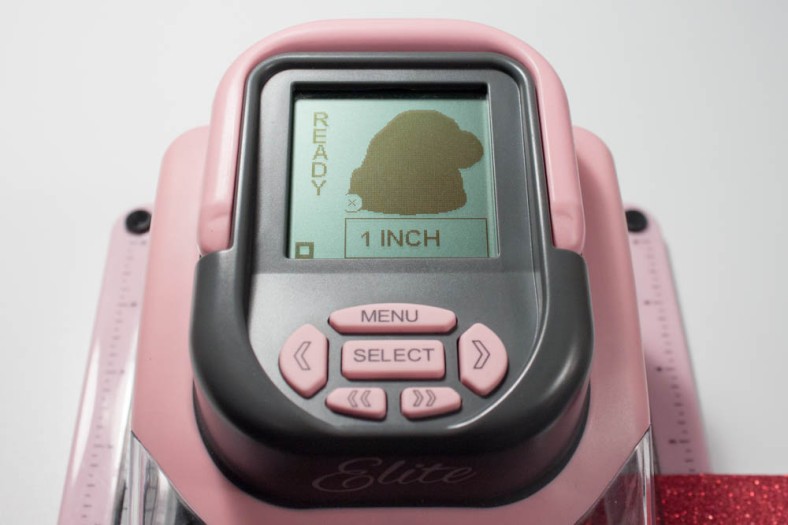 I created a 1-inch-wide die-cut of a Santa hat using my Slice and “Mistletoe” design card. First, I made a die-cut in red-glitter cardstock, then made another die-cut in white cardstock. 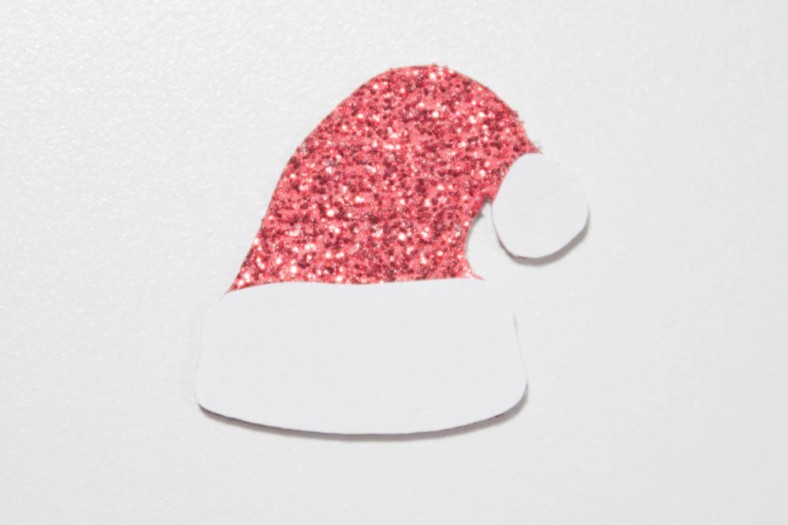 I cut out the fringe and pom-pom portions of the white die-cut and adhered them to the red die-cut. 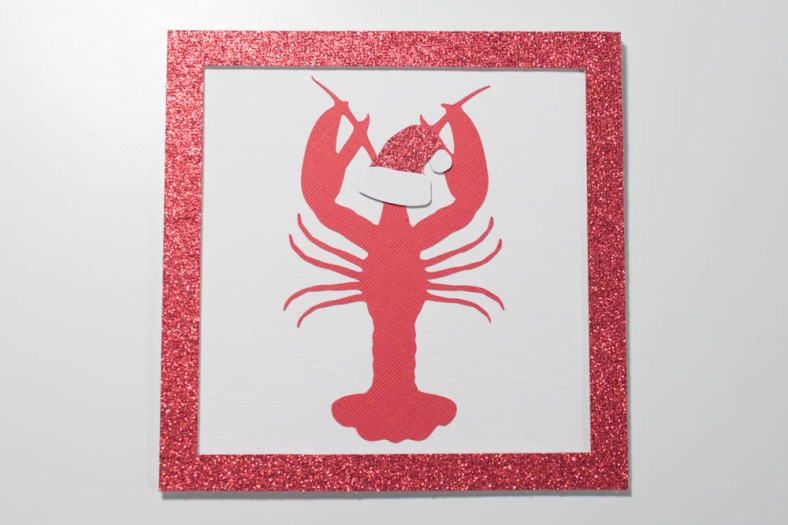 Cut a 2-by-1/2-inch piece of white cardstock. Stamp “SANTA CLAWS” in small letters (mine are by Karen Foster Designs) in black ink (I used Versafine in onyx black) onto the center of this piece. 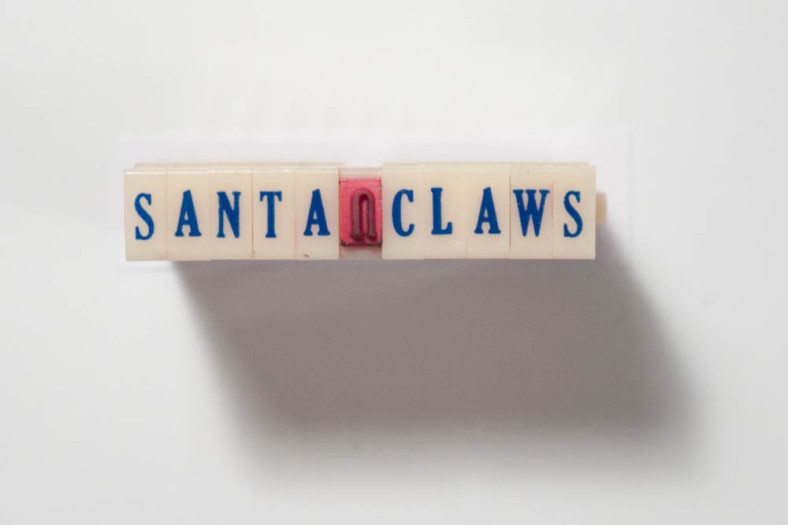