I’m having a slight obsession with negative space. Instead of using a die-cut on a card, I use the paper the die-cut was created from — the negative space left after cuts have been made. I’ve used the negative space as a mask for stamping, but I also like to use the “windows” as a main feature for a card. I plan my card designs around the negative space, using dimensional adhesive to let the cutouts stand out.

If you don’t have a die-cut machine, you could use a punch (ones that punch anywhere on the paper would be great for this) or, depending on how much time/patience you have, you can cut out shapes by hand. Then imagine the possibilities: cutouts that reveal the inside of a card or something underneath, such as a patterned paper. For this card, I created a striped pattern for my mittens using washi tape.

First, I cut out 3-inch-high mittens from a 4-inch-square piece of scrap cardstock, using my Making Memories Slice Elite and “Mistletoe” design card. 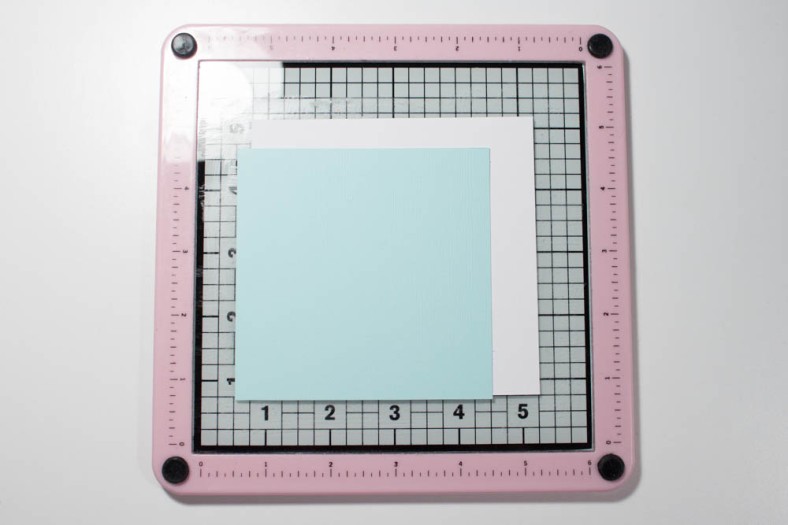 Cut a piece of white textured cardstock to 4 1/2 inches square. Position the aqua cardstock, centered, over this piece and trace the mittens onto the white cardstock in pencil (you do not need to trace the cuffs of the mittens). Set the aqua piece aside.

Adhere six pieces of red-and-white patterned washi tape (such as from the decorative washi tape set No. 2 by Hambly Studios) horizontally to the white cardstock, using the pencil lines as guides (three pieces per mitten). Keep the tape below where the mittens’ cuffs will be, and add some space between each piece. Erase the pencil lines. 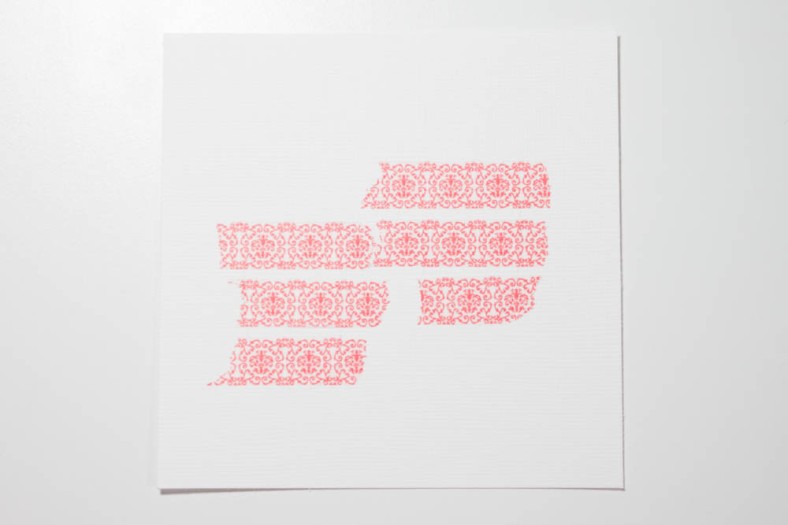 Adhere aqua glitter letter stickers (I used ones from the mini shimmer alpha Metro collection by Making Memories) spelling “WARM wishes” in two lines to the aqua piece, below the right mitten and starting the letters close to the left mitten.