I’m all for double-duty craft products, such as double-sided patterned papers. If I’m looking for a coordinating paper to a patterned cardstock, often a match is on the reverse. Sometimes, it’s hard to decide which patterned side I like the most. Why decide? Get the best of both worlds by using both patterns in the design, as I did with this card.

Initially, I thought I’d go all vintage-themed. I thought of using some patterned cardstock that looks like a vintage newspaper, and maybe add a stamp of a pointing hand in faded colors. Then, I rediscovered the patterned paper that I used here. I became “pattern happy” and found other papers that coordinated well. The design feels more modern, but the hints of an old dictionary page and the stripe that imitates stitching lend another touch of vintage.

With the color scheme and patterns, this card’s vintage-themed elements have a more playful look. Huzzah! 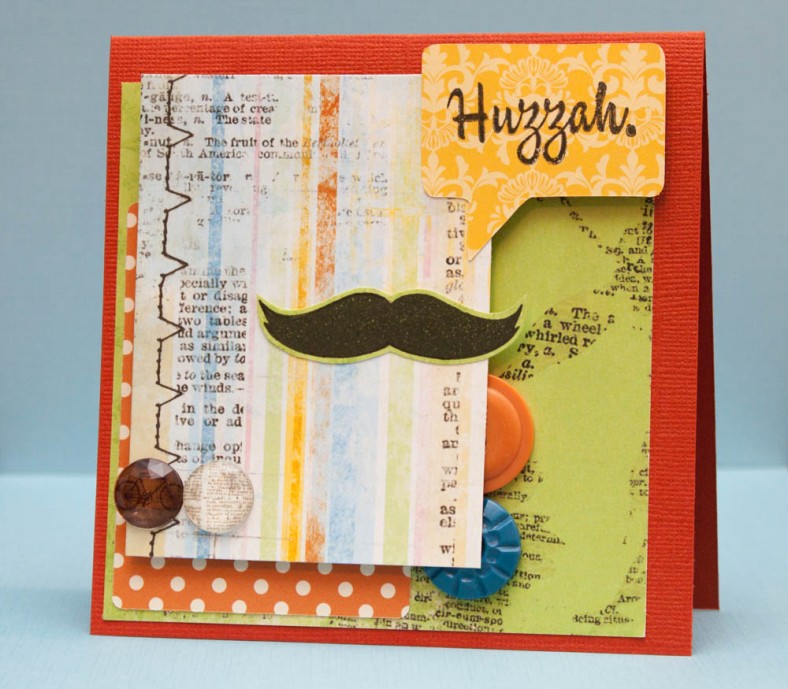 Make a card from a 5-by-10-inch piece of vermilion textured cardstock. Cut a 4 1/2-inch-square piece of lime-green, dictionary page-patterned cardstock (I used the reverse side of “Country Garden Stripe” from the Country Garden collection by BoBunny’s Back to Backs) and adhere it to the card’s front, close to the lower-left corner. Adhere a 2 1/2-by-3 3/8-inch piece of orange-and-white, polka-dot cardstock with rounded corners (I used the reverse side of a journal card from October Afternoon’s 9 to 5 collection) close to the lower-left corner of the lime-green cardstock. Affix an orange button next to the right edge of the polka-dot piece, at its center, and a dark-teal button (buttons also from the 9 to 5 collection) centered beneath the orange button. 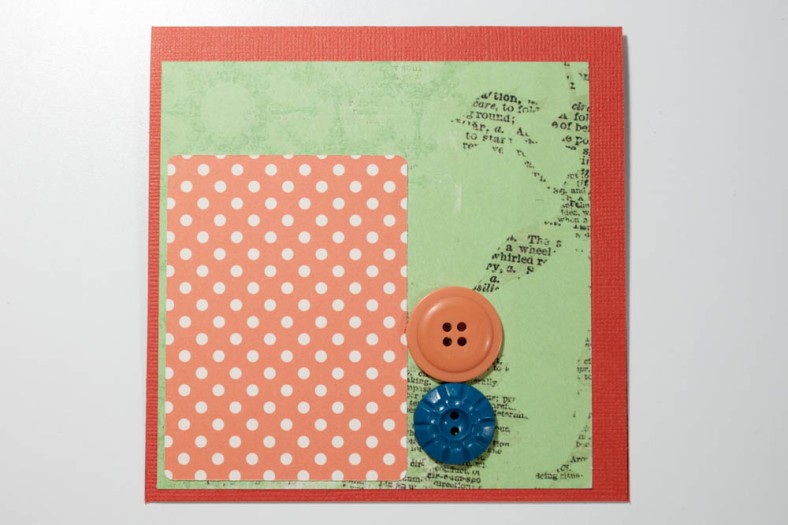 Cut a 3-by-4-inch piece of mulitcolored striped cardstock that features hints of a dictionary-page pattern (“Country Garden Stripe”) and adhere it, using dimensional adhesive, about 5/8 of an inch above the card’s bottom edge and about 3/8 of an inch from the card’s left edge. 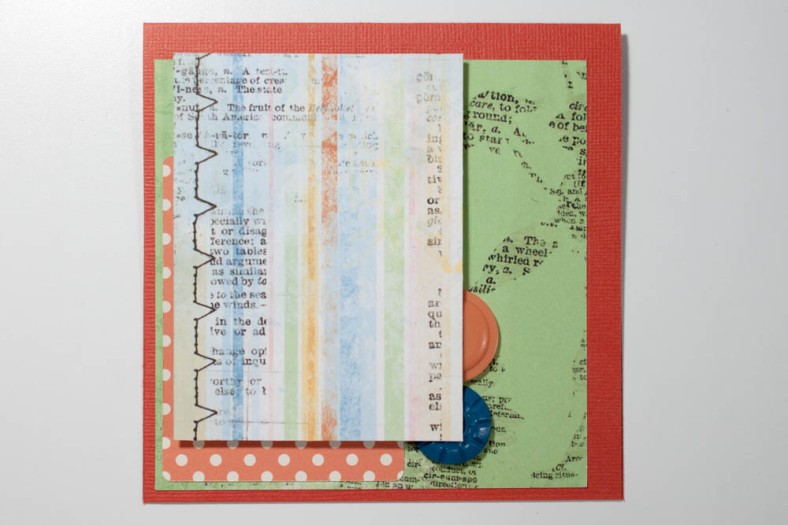 Stamp a 2 1/2-inch-wide mustache image (such as from the Mustaches collection by Inkadinkado) in black ink (I used Versafine in onyx black) onto another piece of the lime-green patterned cardstock.

Cut out the stamped image, leaving a small margin around the image.

Stamp “Huzzah.” (mine’s from the Celebration Expressions collection by Inkadinkado) in black ink (Versafine) in the center of a 2-inch-wide orange damask-patterned die-cut of a talk bubble (I used my Slice Elite, “Remember This” design card and “Grandma’s Damask” cardstock from the Grandma’s Feather Bed collection by Bazzill Basics). 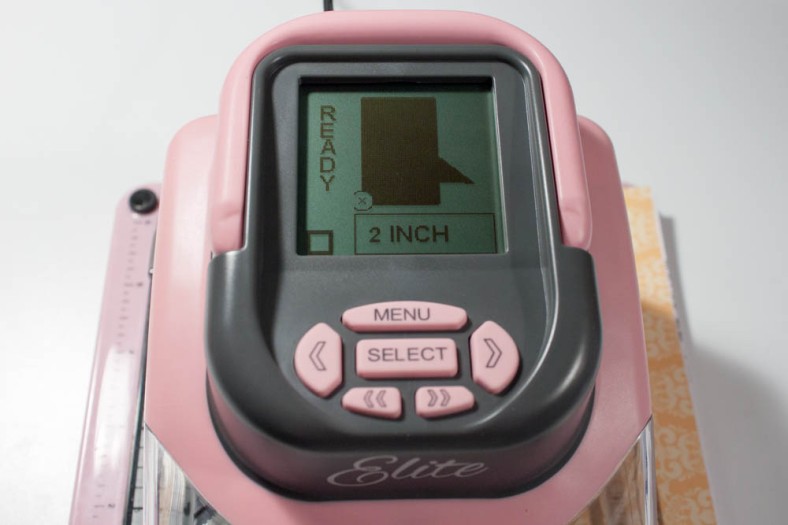 Using my Slice Elite and “Remember This” design card, I created a 2-inch-wide die-cut of a talk bubble out of orange damask-patterned cardstock.